The southeastern region of the United States is home to several fascinating animal species. However, some animals qualify as nuisance pests, from raccoons to flying squirrels to bats. Over the decades, wildlife removal professionals like Metro Wildlife and Pest Control have devised different means for dealing with various kinds of wildlife infestation. Trapping is one such example.

Trapping is one of the most common ways of capturing and removing wildlife from a property. However, trapping can be an inhumane wildlife control method when done wrongly. This post explores all you need to know about humane wildlife trapping.

Why is humane wildlife trapping necessary?

So who cares if animals are treated inhumanely? With our sophisticated faculties as humans, we have realized the importance of treating nature with respect. This involves treating animals with respect, even when they constitute a nuisance – that’s the honorable thing to do!

Unsurprising, several wildlife policies – especially in the western world – are increasingly geared toward the proper treatment of wild animals.

One such example is the restriction of steel-jaw traps in many US states, including Florida. Although steel-jaw traps are very effective for catching (or killing) a wide range of wildlife – like raccoons, coyotes, squirrels, opossums, and more – they work by clamping down the animal’s paw or limb. As the animal struggles to escape, its condition is worsened as deeper cuts are made. Even worse is the possibility of killing a mother, separating her from her babies, or catching unintended wildlife.

Glue traps are another example of inhumane traps. They are used for capturing rodents (rats and mice). When the rodent steps on the board, the adhesive on the board secures its legs. As the rodent tries to escape, it becomes more engrossed in the glue. Unless the captor kills the animal quickly, it can be left to struggle for days.

However, humane wildlife trapping prevents all these problems because it ensures that the animal is removed with the least possible disruption.

Different kinds of humane traps have been developed to avoid the problems associated with inhumane traps. Some common examples include:

Live traps are cages that are used to capture and relocate wildlife like squirrels, raccoons, and birds. They are considered humane because they are carefully designed not to injure animals.

An appropriate bait is selected depending on the intended animal to be captured. The bait lures the animal into the cage. Once it tries to pick up the bait, the cage closes. The animal remains in the cage until the trapper comes to release it.

Note that live traps can also be used inhumanely. For instance, improper setting of the trap can result in injury. Moreover, abandoning the cage can mean a captured animal remains there for a long time. That’s why it’s crucial to inspect live traps at least once a day to take the appropriate next steps promptly.

Snap traps are one of the oldest rat traps. They work by delivering a lethal blow on the rat or mouse once it tries to pick up the bait. However, the trap can severely injure the animal without killing it, causing unnecessary pain and suffering if set incorrectly.

In recent years, electric traps have been gaining wider adoption. They work by delivering a lethal dose of electric shock to the captured animal. Killing the rodent quickly and effectively is humane.

Effectively and humanely trapping wildlife requires expert knowledge of animal behavior and trapping principles. Over the years, our trappers at Metro Wildlife and Pest Control have honed the necessary skills for trapping success. Little wonder residents of North Carolina, South Carolina, Savannah, Georgia, and Jacksonville, Florida trust us for their trapping needs. Some of what set us apart include:

Contact us today, and we’ll gladly take care of your issue to remove and relocate wildlife humanely. For all new customers

Rest easy and save $50 on services you schedule!

*For new customers only 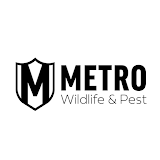 Eugene Evanss
Unknown to us, some pigeons had made our attic their home for years. The waste they had accumulated was downright disgusting - and, as I would soon discover, a severe health risk. Anyways, we only noticed the problem when I went to the attic to trace a leaky pipe. I was shocked by the amount of bird waste I saw. I promptly called this company, and they sent technicians to perform a full attic restoration. After they were done, you could not tell that I was dealing with a severe bird problem just the previous day. I was pleased with their service, and the price was worth it!

Sylvia Dorsey
Andrew is a kind person and does a good job.He explain what he’s doing?If you need someone from Metro Wildlife ask for Andrew B.

Mike Prystowsky
Excellent service. Communicated well and eliminated the mole problem in my yard which was most important to me. The people were very informative and nice to talk with. They were prompt and came when scheduled. The service was expensive which is my only negative but all other aspects of my experience were positive.

Metro Wildlife and Pest is a full-service wildlife control, removal and remediation company. If your home or property has been taken over by unwanted pests, we will use the most humane animal removal methods possible and provided home exclusion to ensure they don’t come back.

Bats may be beneficial for the ecosystem, but that doesn’t mean they need to live in your attic! We can provide home exclusion to remove and relocate bats with ease.

Rats love to be around humans, where the food is plentiful. If you have rats in your home, it’s important to have wildlife control services as soon as possible.

Raccoons are scavengers that like to make their nests in attics, sheds, and other human dwellings. Conventional animal trappers may unnecessarily harm them

Squirrels may be cute, but they can create quite a mess. If you have squirrels nesting in your attic, our wildlife removal service can take care of them quickly.